This short story, original published in 2014, drops you off at the start of a bank robbery, and let’s you experience the consequences that follows. You can also get this story in other formats, free @ Smashwords.

The old lady spiraled to the floor with a shriek; her seasoned wooden cane flew high in the air, as the man pushed passed her. She landed on her back, with a dry thud, arms and legs scattered, on the dark, shiny marble floor. The man stopped in his thrust, turned, and gave her a bland gaze from under his wild eyebrows, as if he just had bumped into a lamppost.

Her mouth opened and closed like a fish on land and her eyes moved from side to side in a rapid manner, before they meet his. The room froze for a flash, as the two watched each other. Her confused stare against his cold, distance one. His eyes squinted a little and as he was about to turn around, a woman in her early thirties, with long blond hair, waiving below her shoulders, rushed to the side of the old lady. She kneeled down beside her, with a grimace of contempt, and exclaimed, “Hey you! Watch it!”

As she was about to ask the old lady if she was hurt, she noticed how those bloodshot, yet rattling, eyes grew bigger, and before she could comprehend what was happening, the man had slipped his arm under her chin and pulled her up from the floor, as easy as if she had been a bag of clothes.

In an instant the shock turned to pure anger and as she begun to wriggle herself free, to give the man a sandblast of her mind, she felt a harsh, metallic coldness against her soft temple. In a snap the anger seeped out of her, her limbs went numb, stiff and cold, like if they were under the control of a an evil puppeteer.

The man bellowed something that she couldn’t understand, it was like her ears was packed with cotton, but she could see how the confusion seized the faces of the people staring at them around the bank. Some stood like frozen, with a suspected look on their faces, as they was wondering if this was real or part of a bizarre practical joke. The man screamed once again. The blue eyes of a young girl, with her dark hair wrapped around a red hairband, flared up in tears. A mother pulled baby boy out of its carriage, sending his nursing bottle rolling to the floor. Some held up their arms, while they stared at the man with blank, confused eyes – all wondering what was about to happen next.

When two ear-shattering bangs erupted, sending the people to the floor on their stomachs, with eyes fixed to the floor and arms above their head, she closed her eyes. As the man swore he would kill everyone who dared make even the smallest noise, before turning around, dragging her along, she tried hard to remember a suitable prayer.

With a bit of resistance, she opened her eyes and saw a young clerk, grabbing on to the shiny black counter so hard that his knuckles almost matched his ironed white shirt, staring back at them through his thin, round glasses. His chin quivered and his forehead started to glistened. She saw in his eyes how he struggled to keep himself calm and standing up. This was not how he had expected this day to turn out as he water combed his hear this morning, she thought.

“Please, I do whatever you want! Just don’t hurt me!” He pleaded with a low voice.

“Then you better fill this up, quick like a weasel, then!”

The man demanded and placed the gun on the counter, while he fished up a brown paper bag from the side pocket of his jacket. It was as someone had pressed a universal pause button. The man looked at the gun on the counter and then at the clerk and then back at the gun. Now, everything happened fast. When the clerk’s hand was inches from the gun, the man dropped the bag on the counter, grabbed the gun and fired it, all in one swift motion. The clerk wheezed and looked rather surprised how fast his shirt changed to a dark red color, before he fell backwards, accompanied by a couple of muffled shrieks from the back.

“Guess he couldn’t draw for shit.” The man snorted and turned his gun to a mature lady, kneeling down in the next stall. She was wrapped in a light blue dress, which looked like it would burst open from the pressure of her buxom body any second, and her thick red glasses, tilted to the side over her bulbous nose.

“You do it and you better do it quick!” The man bellowed and pushed the brown paper bag towards her with his gun.

Her whole body wobbled as she got up. She straitened her dress, drew her hands through her thick, curly hair, while her panic-struck eyes moved from the young woman’s to the man’s.

“Yes, yes of course!” She uttered, pasting a broad, fake smile all over her plump face, while grabbing the bag.

“But, fill it up then, already!” The man snarled, waving his gun in front of her.

While she started to fill up the bag, she began to chit-chatted about the weather, current events and sports, in an unlikely mix, like if she was serving a normal customer.

“There you go, sir!” She said and swallowed hard as she handed over the paper bag, filled to the rim with bills, with a huge, flustered grin on her face.

“Get the bag!” He instructed the young woman and she didn’t dare to do anything else. With shaking hands she took the bag from the smiling woman, while she shaking her head.

“Now, get down on the floor!” The man ordered and pointed his gun at the buxom lady.

The lady just stood there, looking at him, like she had been frozen in time.

“Get…Down…On…The…Floor!” He said, aiming the gun at her face.

The lady just giggled at him, while twirling her fingers together.

“Please, please get down…” The young woman whispered with a tired voice, “I…He will shoot you, don’t you see?”

The lady stopped giggling and tilted her head as she looked back at the young woman with pleading eyes.

“I’m sorry, but, I can’t do that!” The lady said in a soothing tone, with a tear rolling down her cheek.

That seemed to snap the lady out of her inner stalemate, her smile vanished and she descended to the floor, with her eyes fixed on the gun, like a seal going under water.

She could feel the man looking at her and she closed her eyes, cursing herself.

“You’re one ass crazy chick!” The man exclaimed, grabbed the paper bag, and pushed her on the floor, so that she slammed her back and head into the counter.

He turned around and started a brisk walk towards the entrance. She saw how he stepped on a nursing bottle and for a moment he lost his balance. The whole bank gasped and everyone held their breaths as they watched the man struggle, to regain his balance – hoping that he wouldn’t.

When the man got control of his legs and feet, a cold feeling of injustice spread inside the young woman and she looked down to the floor, shaking her head.

“Wow, man that was close!” The man said with a brisk laughter and looked around the bank, as if he waited for a round of applauses for his gymnastic act.

Then the old lady’s hand moved like a furious cobra. Her crooked fingers clasped around the end of the cane and with a surgeon’s precision, she caught the man’s foot in the handle, and pulled. The man didn’t utter a sound as he fell.
When his head hit the floor, it sounded like a bowling ball hitting the lane. The young woman looked up to see how his skull sprung leak, sending a flood of dark, shiny blood over the marble floor.

The old lady quivered to her feet, and uttered with a hoarse, strained voice, “Watch your step, young man.” 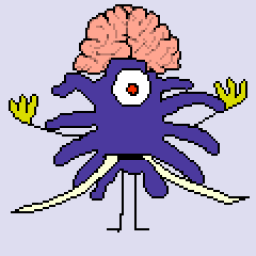